HomeWho We AreLeadership Team
A- A A+ 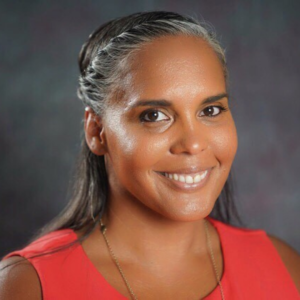 Tara Peterson has been leading the YWCA Glendale since 2016 and in March 2021, she became the Chief Executive Officer of YWCA Glendale & Pasadena. She is responsible for the executive and administrative leadership of the YWCA Glendale & Pasadena, which strives to eliminate racism and empower women, and has played a pivotal role in revitalizing both organizations’ collective 211-year history of supporting local women and girls by expanding programs and reach, and igniting a change in the culture and conversation around domestic violence and racial justice in Glendale and surrounding communities. Likewise, she is responsible for ensuring high quality outcomes, financial sustainability, organizational viability, and exceptional service delivery and has grown the organization’s operating budget from $1.3 million to $2.7 million.

Tara brings more than 20 years of experience addressing domestic violence, youth violence, sexual assault, and reproductive rights. She spent a decade working at the California Partnership to End Domestic Violence, including five years as its Executive Director, leading statewide policy, legislative, and budget advocacy efforts. Tara is a fierce advocate and has a long track record of successfully advocating for legislative change on behalf of domestic violence victims and their children and leading system change initiatives to increase access to domestic violence services to underserved communities. Throughout her involvement in the Violence Against Women Movement, Tara has been called upon to advocate at the federal and state level to secure resources and funding to address the social justice issues exemplified by the YWCA mission.  She represents YWCA Glendale & Pasadena in advocacy efforts at the California State Capitol and with legislative policy makers in Washington D.C. As a recognized expert in the field of Violence Against Women, encompassing the intersection of domestic violence and communities of color, Tara has been called upon to deliver speeches on these topics and has presented at several state and national conferences. Tara obtained her bachelor’s degree from California State University, Sacramento in Ethnic Studies while on a full-ride softball scholarship. She also holds a master’s degree in Multi-Cultural Education. 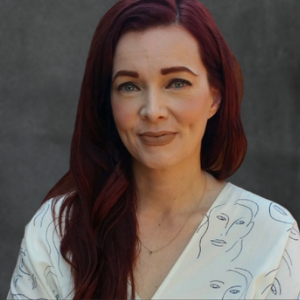 As the Chief Strategic Engagement Officer, Heather oversees the YWCA Glendale & Pasadena’s fundraising strategies across all revenue streams, crafts the organization’s external messaging plans, and oversees the Development/Communications and Community Engagement Teams, leading key community events, campaigns, and engagement efforts. Heather brings over 25 years of experience in the field to end domestic violence and holds a Certified Fund Raising Executive (CFRE) accreditation. Prior to joining the YWCA Glendale & Pasadena, she served as Vice President of Development of actress and activist, Mariska Hargitay’s Joyful Heart Foundation, a national organization focused on ending sexual assault, domestic violence and child abuse. In this role, she oversaw national fundraising strategies, institutional giving, CA donor events and stewardship of regional major donor committees in Los Angeles and San Francisco. Her past leadership positions include: Executive Director of South Valley Sanctuary, a 57-bed domestic violence shelter program in Utah; Director of Development for Peace Over Violence, Los Angeles’ first rape crisis and domestic violence support center; and Statewide Coordinator of Domestic Violence Programming for 46 municipalities with the Mexican government’s national social services institution in Guanajuato, Mexico. Heather is a graduate of Herbert Hoover High School and Glendale Community College, and holds a Bachelor’s and a Master’s degree in Women’s Studies from the University of California, Los Angeles (UCLA). She is a board member of the Good Deed Corps, a nonprofit advancing nonpartisan voter education and registration efforts. She is also a member of the Association of Fundraising Professionals (AFP). 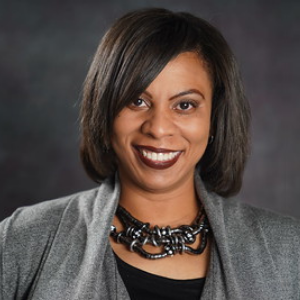 As the Chief Financial and Administrative Officer of YWCA Glendale & Pasadena, Tori ensures the day-to-day management of key functions including finance, accounting, human resources, facilities, technology and general business operations. Tori comes to our organization as an accomplished senior management executive with many years of accounting/finance and business operations experience in the public, private, and nonprofit sectors. Not only does she have deep expertise in business infrastructure, administrative management and operational technology, she is also a process improvement expert. Tori is passionate about social justice, advocacy and the importance of building stronger communities through social services.  She has held leadership, Board, and/or committee roles with various types of nonprofit organizations focused on membership, media arts, social/human services, and social enterprise models including A Place Called Home, International Documentary Association, and National Assistance League. Tori has a B.A. in Economics from UC Santa Cruz. She is also a CFO Leadership Council member and Society for Human Resource Management (SHRM) member, and currently serves on the Board of Directors for the Los Angeles Children’s Chorus. 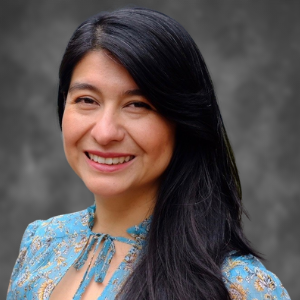 Fabiola Montiel is the Director of Racial & Gender Equity at YWCA Glendale and Pasadena. She oversees the creation and delivery of racial and gender equity programming in alignment with the YWCA mission of eliminating racism, empowering women, and promoting peace, justice, and dignity for all, and YWCA’s public policy and advocacy agenda. Fabiola has over a decade of experience in multicultural communication and organizational leadership. She has worked on gender-based violence prevention, advocacy and policy change, early childhood systems change, and community transformation. Fabiola’s recent work experience was as Community Relations Manager at First 5 LA, an early childhood advocacy and systems change agency. She developed strategies to build collaborative projects with civic organizations to advocate for early childhood well-being across issues and industry sectors and served as spokesperson for educational and advocacy campaigns. Fabiola also served as Educator Coordinator at UCLA LOSH, a worker leader program to improve health and safety conditions for workers in Southern California, and as Communications Officer at First 5 LA. She was a violence prevention educator and counselor advocate at Peace Over Violence, a rape crisis and domestic violence support center. Fabiola started her social justice career as a Universities Campaign Coordinator for Partido Alternativa Socialdemócrata in Mexico City, a progressive political party.

Fabiola holds a master of arts in organizational leadership with a concentration in civic engagement from Claremont Lincoln University and a bachelor of arts in communication science from the Monterrey Institute of Technology and Higher Education. She is a board member of Esperanza Community Housing, a community development social justice organization in South Central Los Angeles. 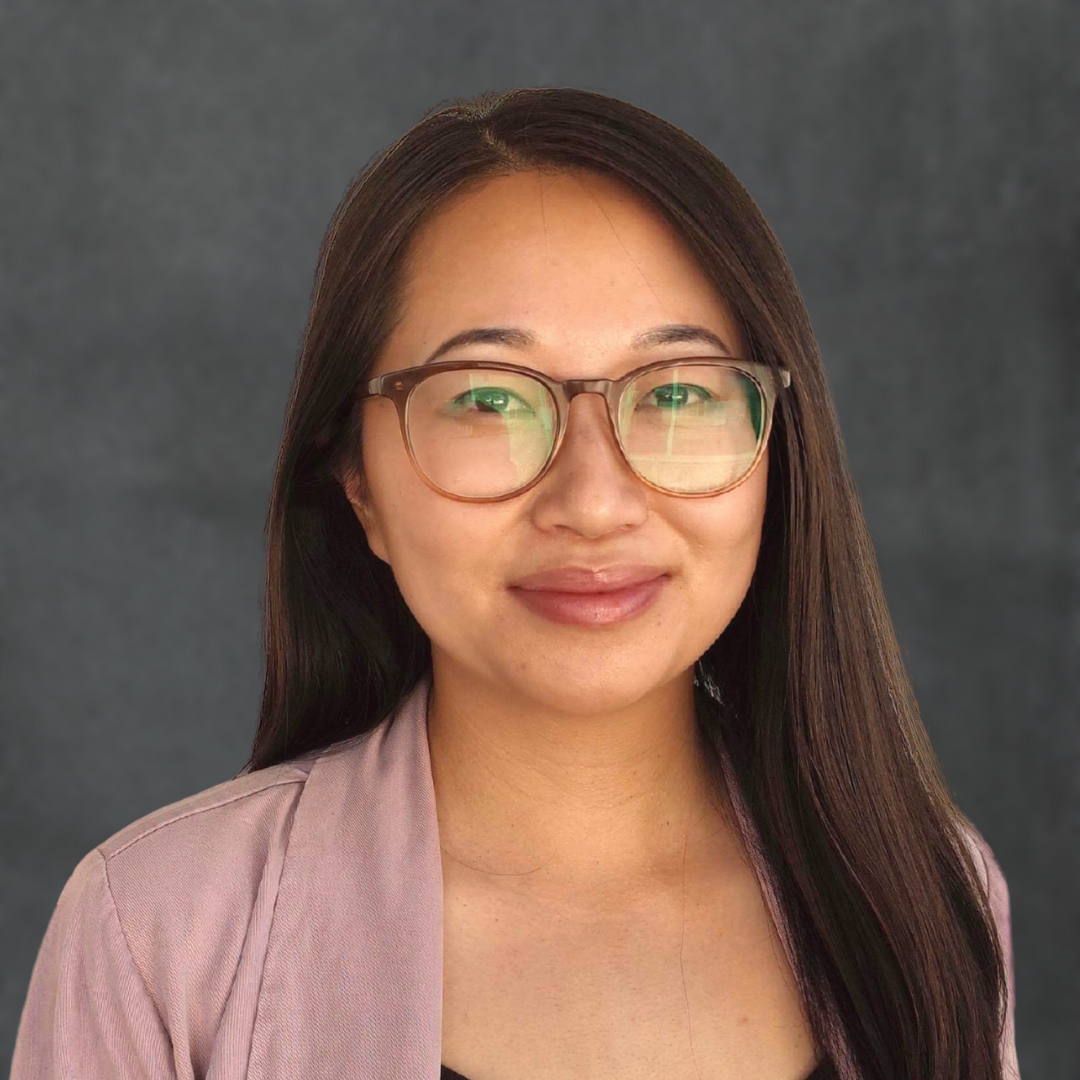 Jomie Liu graduated from the University of California San Diego with a Bachelor of Science in Human Biology, Physiology, and a concentration in Neuroscience. For the last 7 years, she has developed and delivered equitable, Science, Technology, Engineering, Arts, and Mathematics education and youth leadership development programs in Los Angeles County. She oversees YWCA Glendale & Pasadena’s Girls’ Circle – After School Program, TechGYRLS’ STEAM workshops and 1:1 tutoring and mentorship program, and Camp Rosie, an annual summer camp focused on STEAM Education, Violence Prevention, Arts and Culture, and Leadership and Civic Engagement.