Home2020 Racial Justice Readings
A- A A+ 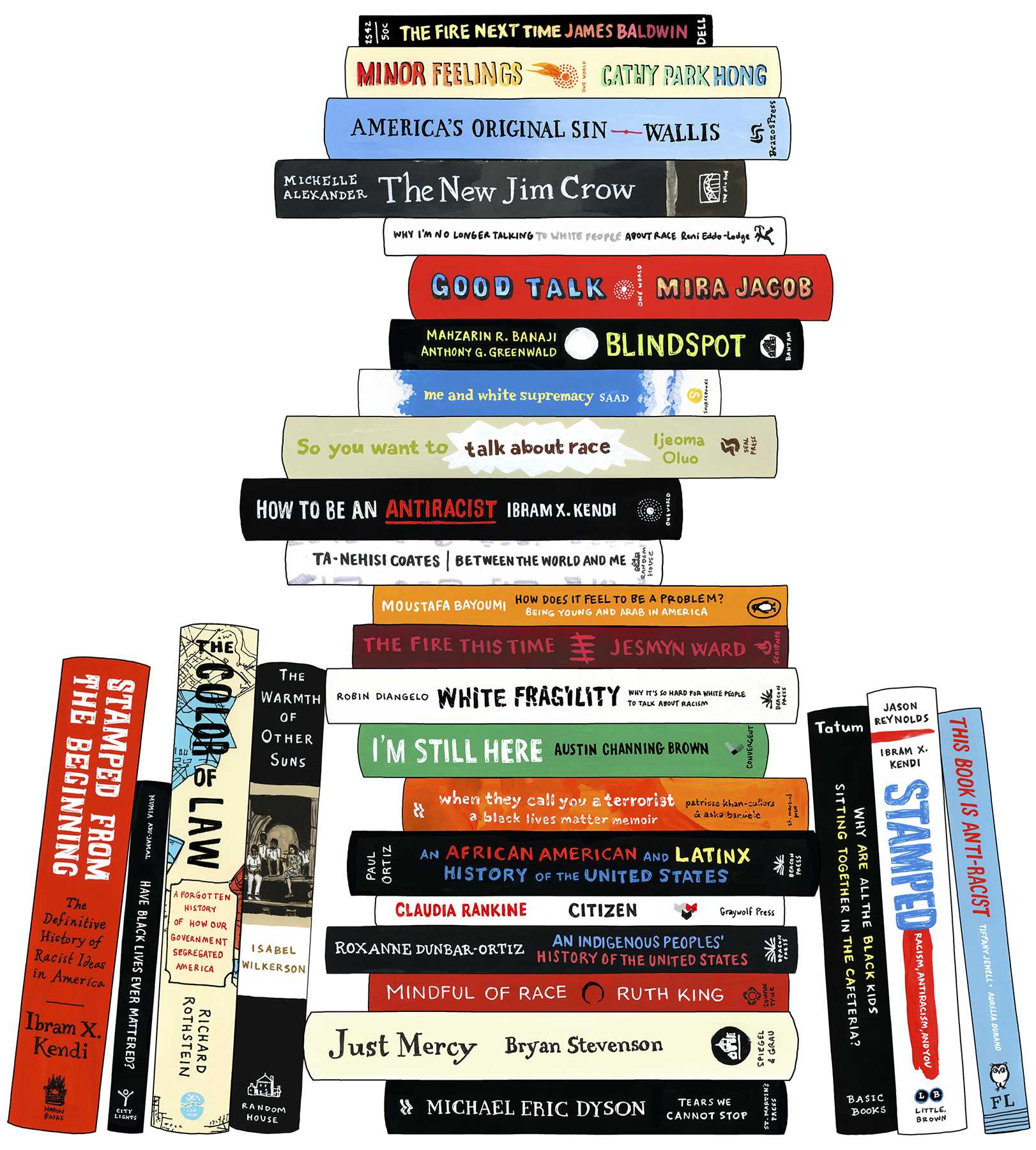 The New Jim Crow: Mass Incarceration In the Age of Colorblindness by Michelle Alexander

I Know Why the Caged Bird Sings by Maya Angelou

The Fire Next Time by James Baldwin

How Does It Feel to Be a Problem?: Being Young and Arab in America by Moustafa Bayoumi

Racism Without Racists: Color-Blind Racism and the Persistence of Racial Inequality in America by Eduardo Bonilla-Silva

Between the World and Me by Ta-Nehisi Coates

Freedom is a Constant Struggle: Ferguson, Palestine, and the Foundations of a Movement by Angela Y. Davis

Tears We Cannot Stop: A Sermon to White America by Michael Eric Dyson

Locking Up Our Own: Crime and Punishment in Black America by James Forman, Jr.

Barracoon: The Story of the Last “Black Cargo” by Zora Neale Hurston

Their Eyes Were Watching God by Zora Neale Hurston

Good Talk: A Memoir in Conversations by Mira Jacob

Waiting ‘Til the Midnight Hour: A Narrative History of Black Power in America by Peniel Joseph

How to Be an Antiracist by Ibram X. Kendi

Stamped From the Beginning: The Definitive History of Racist Ideas in America by Ibram X. Kendi

When They Call You a Terrorist: A Black Lives Matter Memoir by Patrisse Khan-Cullors & Asha Bandele

The Making of Asian America: A History by Erika Lee

Lies My Teacher Told Me: Everything Your American History Textbook Got Wrong by James W. Loewen

They Can’t Kill Us All: Ferguson, Baltimore, and a New Era in America’s Racial Justice Movement by Wesley Lowery

Redefining Realness: My Path to Womanhood, Identity, Love & So Much More by Janet Mock

So You Want to Talk About Race by Ijeoma Oluo

The Color of Law: A Forgotten History of How Our Government Segregated America by Richard Rothstein

Me and White Supremacy: Combat Racism, Change the World, and Become a Good Ancestor by Layla F. Saad

The Good Immigrant: 26 Writers Reflect On America by Nikesh Shukla

Just Mercy: A Story of Justice and Redemption by Bryan Stevenson

America’s Original Sin: Racism, White Privilege, and the Bridge to a New America by Jim Wallis

Men We Reaped by Jesmyn Ward

The Fire This Time: A New Generation Speaks About Race edited by Jesmyn Ward

The Warmth of Other Suns: The Epic Story of America’s Great Migration by Isabel Wilkerson

A People’s History of the United States by Howard Zinn

The Hate U Give by Angie Thomas I’m Still Here: Black Dignity in a World Made for Whiteness by Austin Channing Brown

They Can’t Kill Us All: The Story of the Struggle for Black Lives by Wesley Lowery